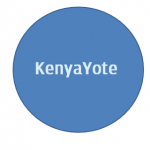 Paxful is a Bitcoin exchange marketplace where you can buy and sell Bitcoins online.

Paxful can be used by traders based in the USA, India, Nigeria, China, South Africa, the Philippines, UK, Canada, Australia, etc. Persons restricted from using Paxful are those from OFAC sanctioned countries which we have provided in the book.

Some of the questions that the book answers include but are not limited to:

You can order a print version of the book from amazon at Bitcoin Trading with Paxful.

Sample Cover letters, applications letters and guides on how to write them